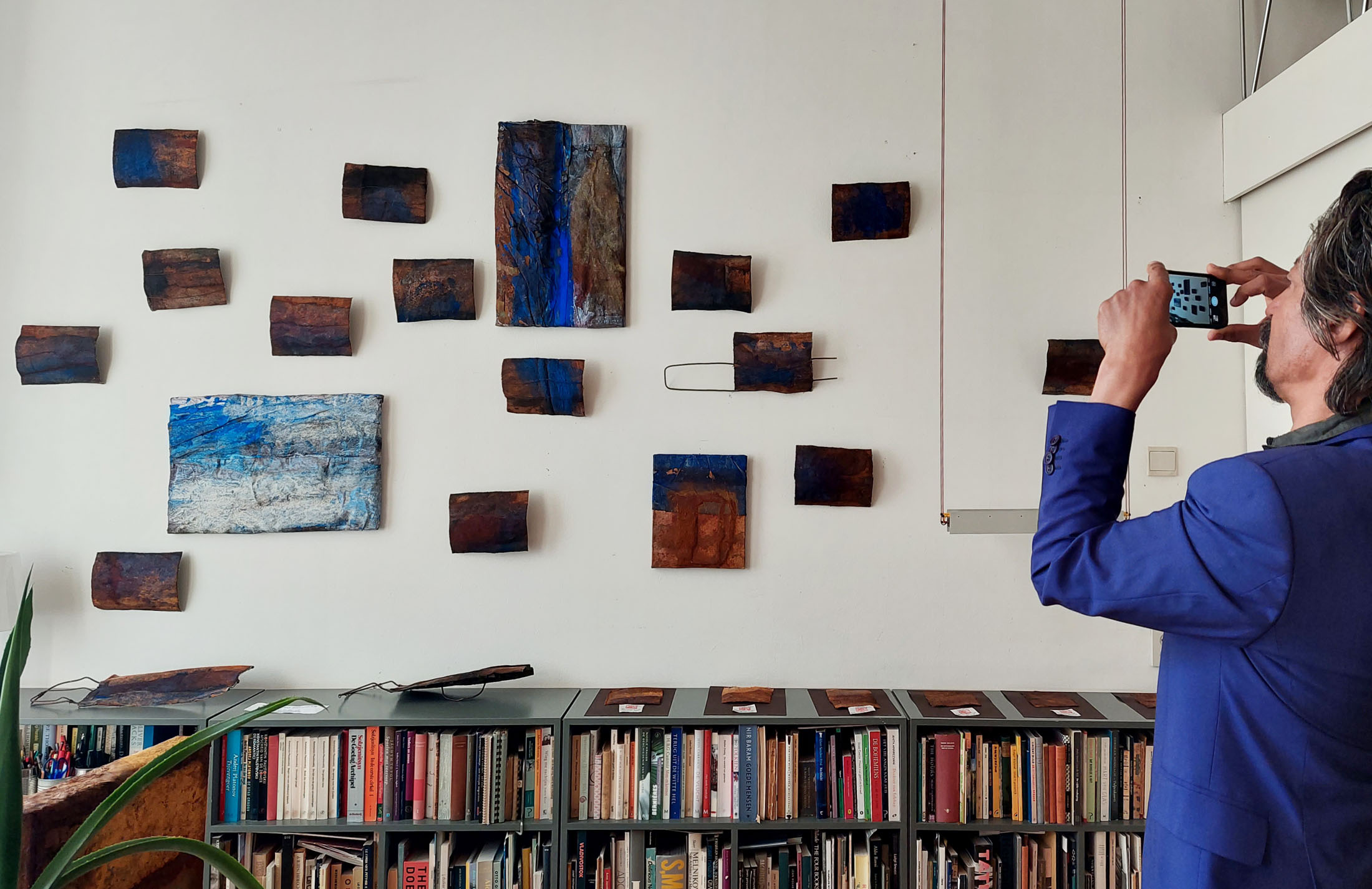 Mauricio was born in Bogota, a city 3000 m above sea level, in the middle of the impressive nature of South America. He became hypnotized – and strongly influenced – by soil, plants and animals, by colours and textures. He grew up with a passion for nature and that is still driving him today: always concerned with figuration and materialisation.

At the age of twenty Mauricio left Colombia and went to France. In Paris he attended the Ecole Supérieure des Beaux Arts for four years, and the Ecole Supérieure des Arts Decoratives for two years. After that he continued his own research and became a free artist. Through friends and owners of galeries in France he came to he Netherlands where he was presented at the Kunst Rai Amsterdam in 1999 – 2001. He then settled in Amsterdam, worked continuously and got a series of expositions, lately 2019 in “Dat Bolwerck’ Zutphen.

In 2015 I asked him to participate in an exhibition for C-Lab de Vlugt in A’dam West. Fifteen artists made a work about the postwar neighbourhood, at the west side of the city. In Mauricio’s work the harbour and cranes are depicted by him using the technique of pigments on canvas.

In Colombia he was already fascinated by hard versus soft, liquids, natural pigments and the process of corrosion and dissolution. So he started to make collages, worked with rotten material and discovered oxidation – for example in Iron – which gives an impression of permanence. But being not satisfied – it was difficult to get the process cq rigid effect in the materials under control. He wanted stability and moreover, was looking for translucency and found that in leaves of plants and natural fabrics. So nice because it finally entails in flexibility: the ability to form and reform. 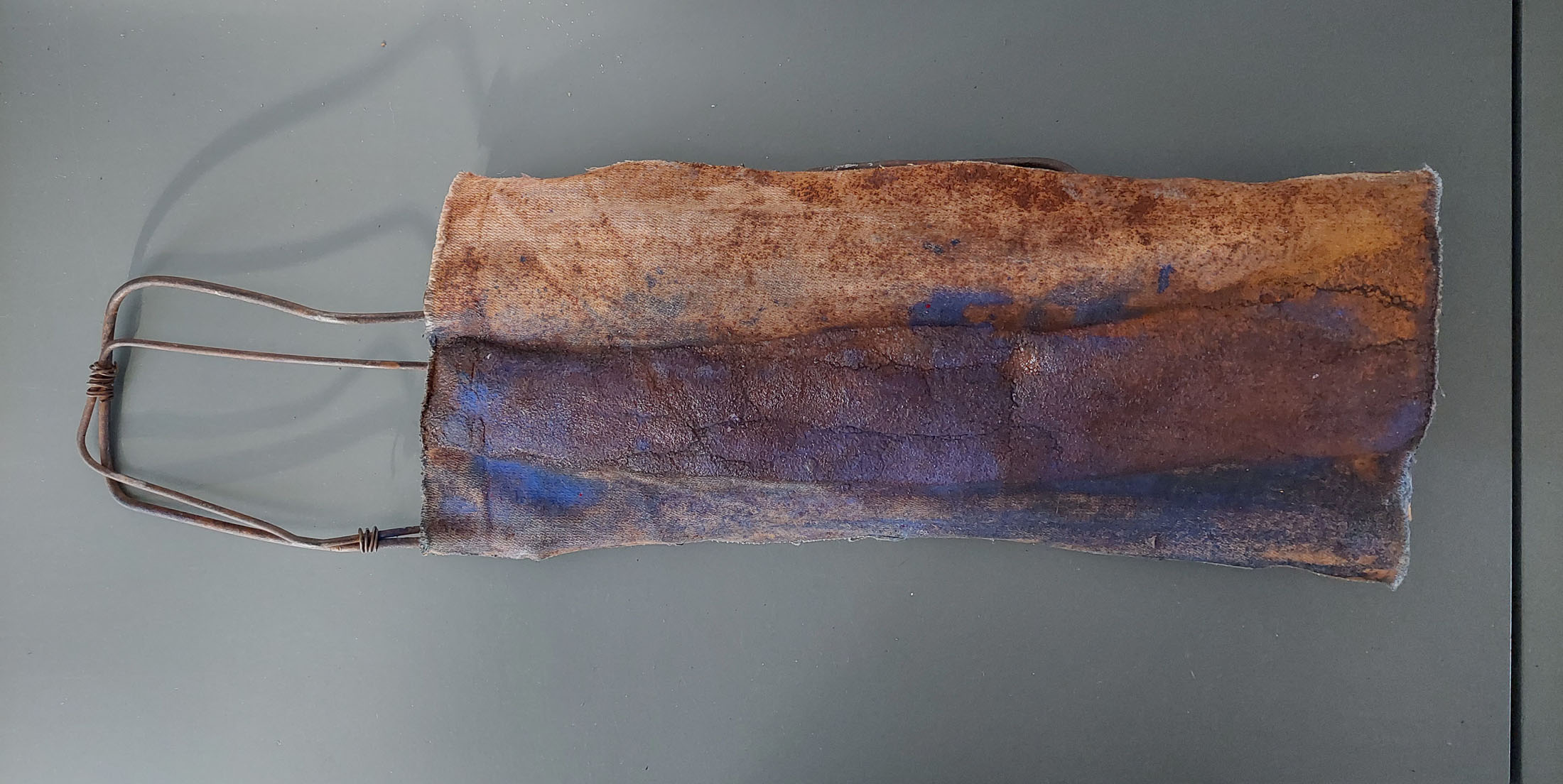